Tim Minchin, hot hosts and top judges round out the biggest Tropfest ever! 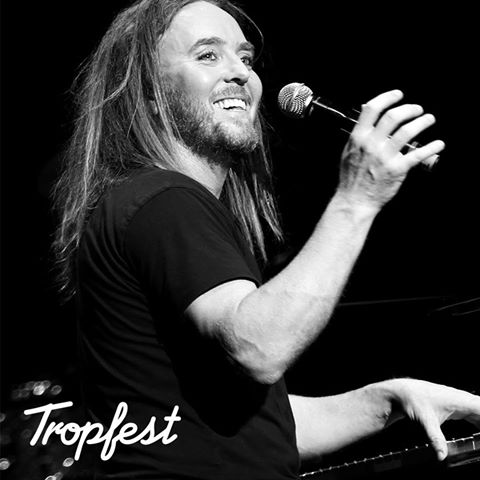 This extraordinary panel of industry leaders will select a winner from 16 Finalists at the main event on Saturday 17 February at Parramatta Park; which will screen on a live national broadcast on ABC COMEDY, as well as on YouTube globally.

Festivities begin from 10am at Event Cinemas Parramatta with Trop Jr. Hosted by Andrew Ryan (Tomorrow, When the War Began) and Kristy Best (Neighbours), Trop Jr will premiere 17 incredible films from filmmakers aged 15 and under. The event is FREE but seats are first come, first serve - so be sure to get in early!

The Trop Jr winner will be selected by a panel of young Aussie screen stars, including: Lincoln Younes (Home and Away), Madeleine Clunies-Ross (A Place to Call Home), Sean Keenan (Puberty Blues), Julian Maroun (Romper Stomper), Tiarnie Coupland (Neighbours), Penny McNamee (Home and Away) and winner of Trop Jr 2017 Nick Ward. Since his win, Ward has earned a coveted spot in the 2018 Tropfest Finalists line-up screening later that night.

The FREE day of independent film and fun then moves to The Crescent in Parramatta Park from midday, with entertainment throughout the afternoon.

It’s not often you can catch a flick and BYO booze, so pack a cheeky beverage and a picnic hamper, or just grab a brew and a chew from the Tropfest Food Village from 12pm, offering everything from family favourites to gourmet delights.

Head down early and enjoy the live entertainment from 4pm, with fifteen-piece Cumbia orchestra Cumbiamuffin and their contagious Latin American rhythms; plus a set from rising R&B star Thandi Phoenix, who’s shared the stage with the likes of Tinie Tempah and Rudimental.

Once you’re in, catch some good vibes at the Nova chill-out lounge, complete with games and table tennis; win the chance to catch all the Tropfest action from the back of one of Holden’s shiny new Equinox (also part of first prize on the night!); or be serenaded by the talented young buskers from Western Sydney University scattered throughout the Park. Tickets are also still on sale for Pick Your Patch, so avoid the crowds and secure unbeatable views of the action!

Parramatta is just a quick 25-minute train ride from Sydney’s Central Station. With plenty of bus services available, plus a free shuttle to and from Parramatta Park from Parramatta Station, getting there will be a breeze.

4pm: Entertainment at The Crescent - Hosted by Andy Ryan and Kristy Best